"Brilliance in the Basics" ®

TRC provides customized Tier 1 Training that integrates real-world experience with our  "Brilliance in the Basics" methodology. Our Instructors are of the highest caliber,  with the majority  having extensive Special Operations experience with 1st SFOD-D (Delta Force), other specialty military units , or law enforcement Special Response Units.  We limit class sizes to maximize individualized attention, analysis of each student's shooting form, and personal instruction. 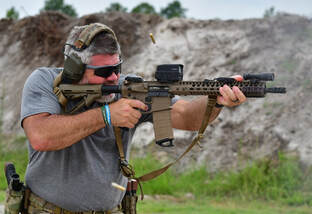 Eddie: Eddie has been a TigerSwan and TRC instructor since 2011. He is a 23 year US Army veteran with 17 years of service with 1st SFOD-D (Delta Force) ; Eddie ﻿held training and leadership positions within 1st SFOD-D as an Assault Team Leader, Breacher, Troop SGM, Squadron Operations SGM, Unit Training and Evaluation SGM, and Combat Liaison Officer (0-7 level); he is the recipient of two Bronze Stars with "V" device for Valor and multiple Purple Hearts;  certified NRA Pistol and Carbine Instructor and Range Safety Officer 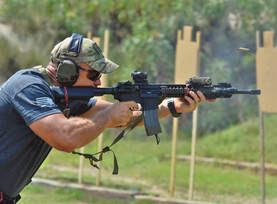 Jimmy: Jimmy is a veteran TigerSwan and TRC Instructor with 28 years in the US Army, of which 17 years were with 1st SFOD-D (Delta Force) including serving as Shooting Instructor for the Operator Training Course (OTC) ; he held leadership positions within 1st SFOD-D as an Assault Team Leader, Sniper/Recon Team Leader, and Canine Team Leader ; Jimmy is a recipient of two Bronze Stars with "V" device for Valor and a Purple Heart. 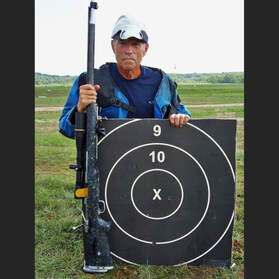 Norm: Norm is a 30 year US Army veteran, including 22 years with 1st SFOD-D (Delta Force) and a longtime Instructor for TRC ; Norm ﻿held leadership positions within 1st SFOD-D as an Assault Team Leader, Sniper/Recon Team Leader, Operations SGM, Sniper/Recon Troop SGM, Air Operations Training Coordinator/HALO Instructor; he is a recipient of the Bronze Star with "V" device for Valor; certified High Master Class High Power Rifle by the NRA; Norm is a World Class competitor who won the prestigious 1000 yd Wimbledon Cup at the NRA National High Power Rifle Championship in 2003,  2016 & 2017, and was the 1200 yd Winner at the 2017 Midwest Palma Championship. 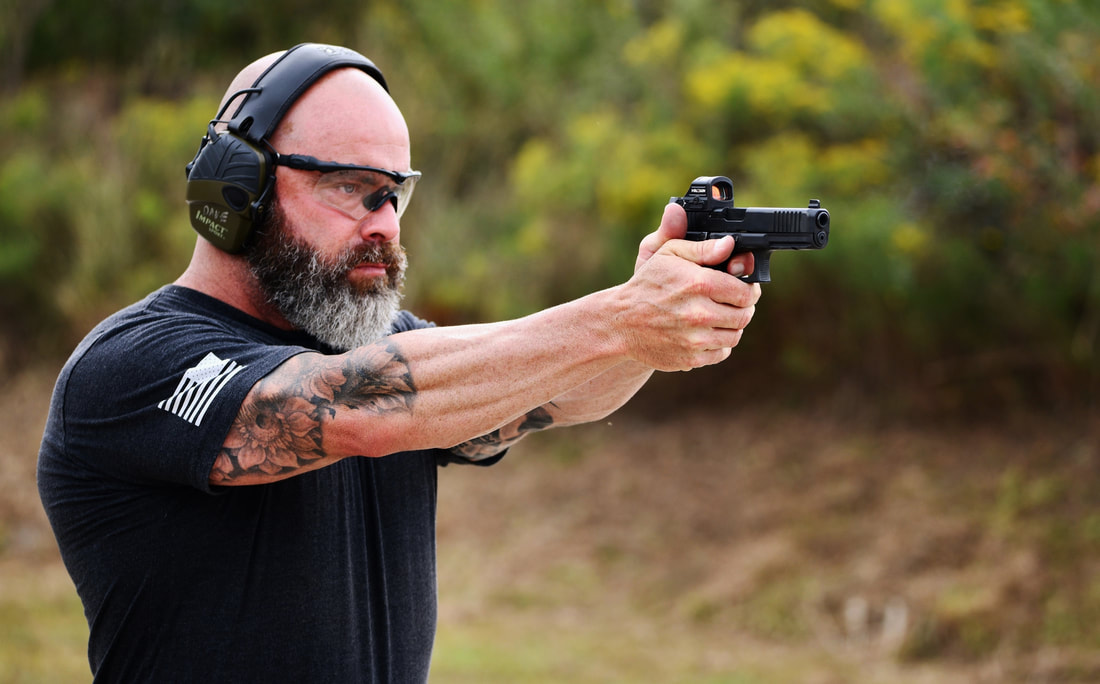 ﻿David﻿:  David has been an instructor for TigerSwan and TRC since 2009, and is a 20  year law enforcement veteran and certified law enforcement instructor; He has 15+ years as a SWAT and Firearms Instructor for a medium sized CALEA accredited law enforcement program; the recipient of extensive specialty training and  operational experience regarding high-risk entries, vehicle assaults, CQB, mechanical and explosive breaching, active shooter response, high speed driving. In addition, David has extensive operational time in overseas Personal Security Details (PSD), both Iraq and Afghanistan as well as having a great deal of current real world experience in physical and technical surveillance. 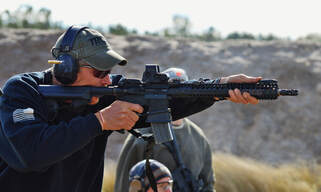 Greg: Greg is a 22 year US Army veteran including 14 years as a member and section leader of the US Army Marksmanship Unit (AMU); he competed both nationally and internationally, attaining numerous first place individual and team finishes; he is a marksmanship doctrine writer/ instructor involving all US military service branches, plus the Afghan National Army and Afghan Coalition Forces;  a nine (9) time recipient of the President's 100 Tab;  Certified High Master Class Pistol  by the NRA; and a long-time competitor in Multi-Gun Competitions.. 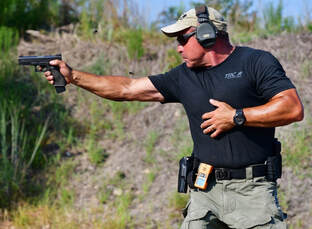 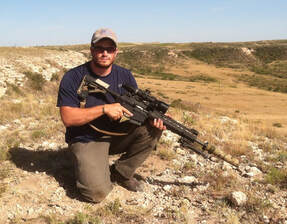 Andrew: Andrew is an Army Special Operations veteran, serving in the 75th Ranger Regiment for 10 years, from Rifleman to Platoon Sergeant. He also served for 3 years in the U.S. Army Marksmanship Unit as senior instructor and Captain of the Army Rifle Team. Andrew is a graduate of multiple sniper courses, recipient of the President's 100 Tab, and recipient of the Bronze Star with “V” Device. 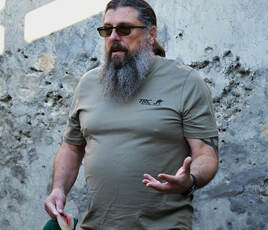 Rick: Rick is a 29yr. U.S. Army veteran with over 25 years in Special Operations and a TCCC instructor with experience training Special Forces medics for many years.  He served as an infantryman, then as a Special Forces medic and team sergeant (ODA 783, 784, and 7316). He has multiple combat deployments and countless training deployments. Rick also served as a battalion medic, the senior medic for Special Forces command, and as the senior medic for the 3rd Special Forces group (A). Rick is a certified American Heart Association BLS and ACLS instructor, and has maintained his Advanced Tactical Paramedic certification. 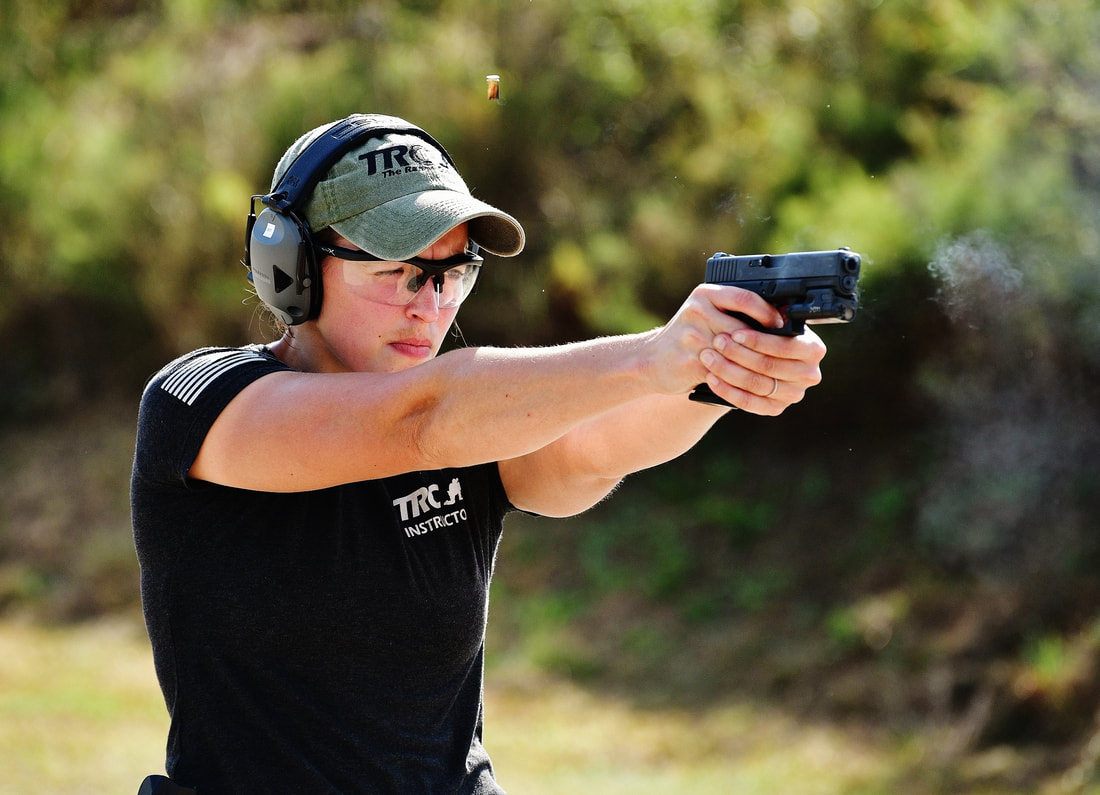 Erin: Erin is a current Special Agent with a NC statewide law enforcement agency, a NC Justice Academy Certified Firearms Instructor, and has been an Instructor for TRC since 2014. She is also an NRA certified Pistol Instructor and has completed TRC's Instructor Development program. She is the primary instructor for the 4 Hr Women's Introductory Pistol.  Previously, she served as a large county Sheriff's Department Deputy, dealing with everything from domestic violence, to armed robbery, narcotics and human trafficking. 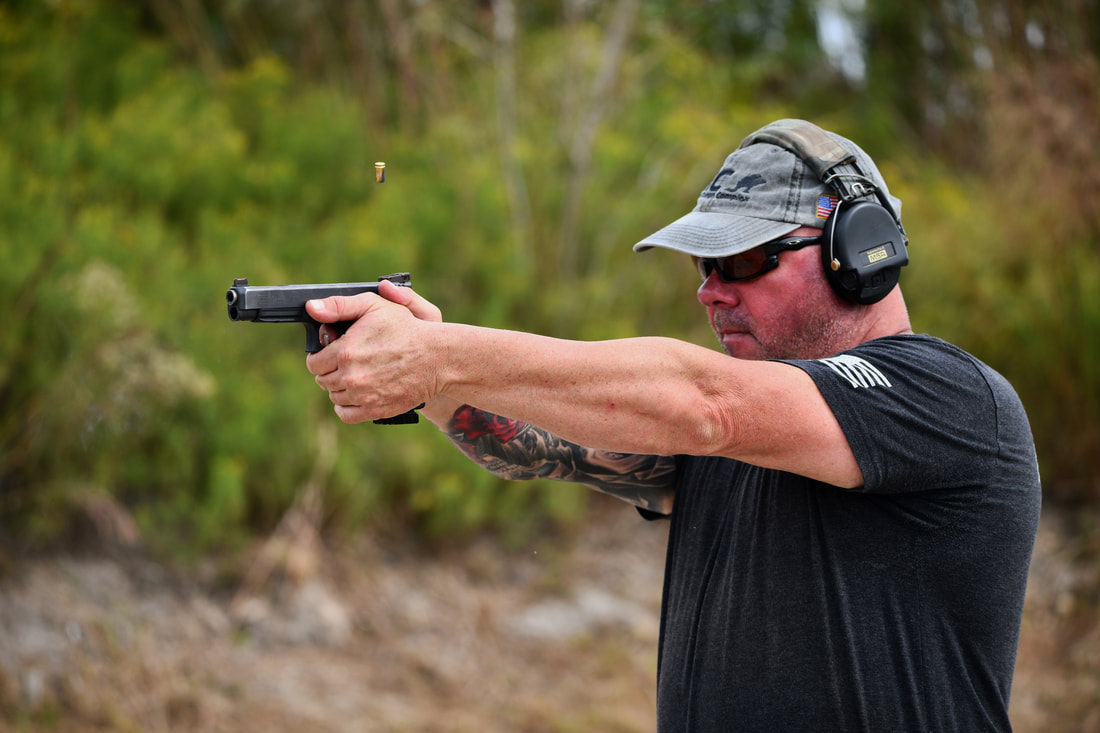